OnePlus 9 Series To Launch In Malaysia On 17 May 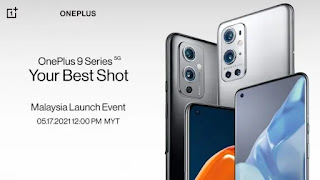 March saw the unveiling of the OnePlus 9 and its Pro variant. Now, it looks like the phones are ready to make an appearance in Malaysia. The company has announced that it will be launching the series on our shores next week.
The announcement came via the official OnePlus Malaysia Facebook page. The launch event will be streamed there on 17 May at noon.

In terms of specs, the company has pretty much revealed everything there is to know about the OnePlus 9 series. Both phones feature the Qualcomm Snapdragon 888 chipset, and have rear camera setups co-developed with camera maker Hasselblad. Both come with a 48MP main + 50MP wide angle + 2MP monochrome cameras, with the Pro model getting an extra 8MP telephoto camera. 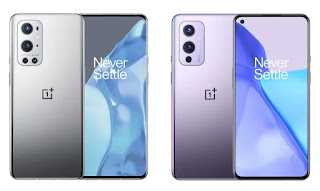 Other items on the OnePlus 9 spec sheet include a 6.55-inch Full HD+ screen with a 120Hz refresh rate. The Pro model comes with a larger, 6.7-inch QHD+ display, also with a 120Hz refresh rate. Both come with a 4500mAh battery that supports the company’s Warp Charge 65T tech. But for wireless charging, the base model is rated at 15W, with the Pro model going up to 50W.

With all that out of the way, the only thing left to look out for during the local launch of the OnePlus 9 series are their local prices. That, and if both configurations of the Pro model will be making an appearance on our shores.

at May 15, 2021
Email ThisBlogThis!Share to TwitterShare to FacebookShare to Pinterest
Labels: 17may, in, Launch, Malaysia, on, OnePlus9, Series, to