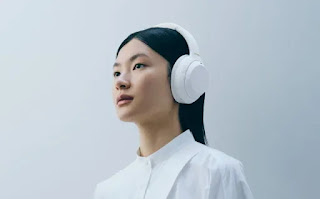 Sony will be celebrating its 75th anniversary on 7 May 2021. In conjunction with the occasion, the brand has announced that it will release a new Silent White limited edition of its popular WH-1000XM4 ANC wireless headphones around the same time.

This version of the headphones retains the same design as before, but is now presented in a snowy white colour with striking gold accents. According to Sony, the finishing on the WH-1000XM4 Silent White comes with an additional coat of paint in order to retain its colour, as well as to increase its stain-resistance. Much like the releases, this version of the headphones also come with an assortment of cables and a carrying bag – also sporting the same Silent White colour scheme, of course.

No change in hardware specifications either – which is not a bad thing whatsoever, considering the WH-1000XM4’s top notch performance in audio, noise cancellation and other advanced features. For those who’ve missed it, you can check out our review of the Sony headphones. 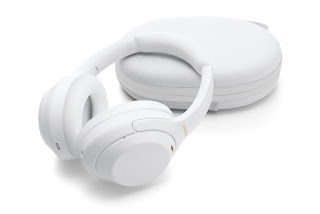 Sony Malaysia has confirmed that the new WH-1000XM4 Silent White will be arriving in the country this May and available via its official stores in KLCC and The Curve, as well as its online store. The limited edition headphones is retailing at RM 1,799, which is a slight bump from the RM1,599 price tag of the original release.
at May 01, 2021
Email ThisBlogThis!Share to TwitterShare to FacebookShare to Pinterest
Labels: At, Available, Edition, Limited, May, RM1799, Silent, Sony, This, Unveils, WH-1000XM4, White