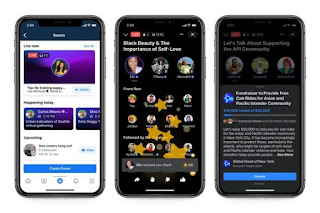 Facebook announced a new feature called Live Audio Rooms that mimics much of what popular audio-based app Clubhouse does. It is expected to launch by summer – that’s mid-2021 for the rest of us who don’t live in the Northern Hemisphere.
Rumours have swirled around the development of Facebook’s Clubhouse clone. Facebook has already been beta testing Hotline, a Q&A-based app that’s quite similar to Clubhouse, but Live Audio Rooms seems to be a separate feature that’s fully integrated within the existing Facebook ecosystem.

Before launch, Facebook said it intends to test Live Audio Rooms in Groups, making it available globally for Group users and their communities. Public figures will also have access to the feature, allowing them to host conversations with other public figures, experts, and fans. 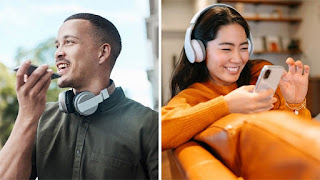 Live Audio Rooms will also be available on Messenger at launch – which comports with rumours last month that the social media giant was working to build a broadcasting feature into Messenger. Unlike Clubhouse though, content creators have the options of turning a live conversation into a podcast for later listening, and sharing audio excerpts from a session in the form of Soundbites (also a new feature). In contrast, Clubhouse’s philosophy emphasises privacy and the app generally doesn’t allow recordings – an attribute that made it initially popular in China before it was banned there. 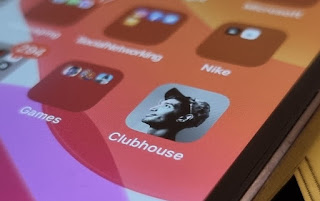 Facebook is taking a different route probably based on commercial considerations – it wants to make things easier for creators, attracting a large pool of them. While unveiling Live Audio Rooms, the social media giant also pointed to creator monetisation opportunities through its Star feature, and announced an upcoming ability to charge access to a Live Audio Room through a single purchase or a subscription.