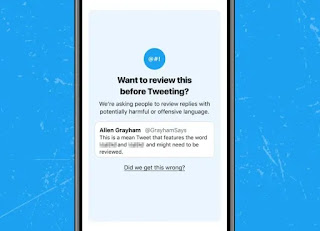 Among the big three social media platforms, Twitter is frequently seen as the meanest of the lot – filled with hate speech, trolling, profanity, political rage, and more. Twitter itself seems to taken notice and is now rolling out a feature that encourages people to pause before they send something potentially harmful or offensive.

The social media company said it had already been testing the feature last year. After incorporating user feedback and learnings from the tests, Twitter is now launching the feature across iOS and Android, beginning with accounts that have set their language to English.

The feature has apparently gone through quite a bit of improvement. In earlier forms, Twitter said it struggled to capture the nuance in many conversations and frequently couldn’t differentiate between potentially offensive language, sarcasm, and friendly banter. This meant quite a few unnecessary prompts. 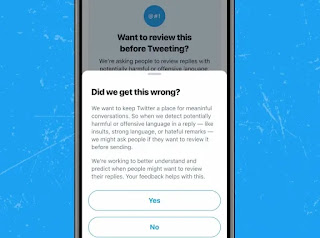 So the company made a few adjustments. This includes ensuring that the system takes into account the relationship between the author and replier. So if two accounts follow each other and often reply to each other, there’s a good chance that the language used probably isn’t an issue.

From the tests, Twitter found that the prompts had some moderating effect on what is actually said. If prompted, one-third (34%) of users would revise their initial reply or decide not to send the reply at all. And after being prompted once, people wrote, on average, 11% fewer offensive replies in the future.