Google Assistant Can Soon Turn Off Your Phone 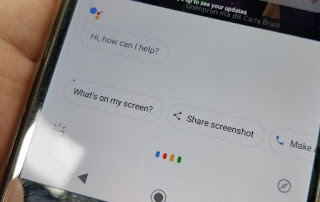 The Google Assistant can do a fair number of things on an Android Phone. And soon, it looks like there will be a new ability added to the list of things that it can do. And that is powering down your phone.
This ability will be part of Android 12. The upcoming version of the mobile OS will have added the ability to invoke the Google Assistant with a long press of the power button. But this is the same action that you’ll normally use to turn off the phone. So the option to do so is being given to the virtual assistant since it’s taking over power button hold command.

Alternatively, another way to turn off a phone running Android 12 would be to hold the power button and the Volume Up button. Which would mean a lot of accidental screenshots in the process.

9to5Google reports that this assistant feature was found in the code of a beta version of the Google Search app. Though the power and volume up combo for turning off the phone doesn’t work yet. At least as of Android 12 Beta 1.

On one hand, it’s probably not a feature of the Google Assistant that most people will use. After all there’s no reason to turn off your phone under normal use case scenarios. Unless if you do so with relative frequency, then the process of doing so will be a little longer.