Huawei is broadening its existing smart car partnership with government-owned Changan Automobile to include the design and development of automotive chips, sources told Reuters.
For months, both companies have been informally working together on chips, two sources told Reuters. Another source claimed that the companies might soon enter a joint venture dedicated to chip development.

The move does seem natural as the global automotive industry has seen crippling production delays due to an ongoing shortage of semiconductor chips. Major chip producers see the shortage lasting into next year. 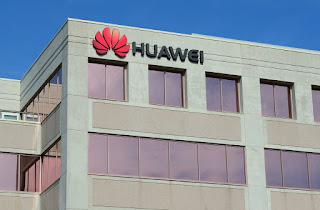 Also, last month, Huawei announced that it would collaborate with three automakers to produce self-driving cars with the Huawei name as a sub-brand. Changan is one of those automakers. The company has worked on developing its own chips, but hasn’t gotten far, two sources told Reuters.

Huawei’s pivot to the automotive industry comes after its core smartphone business was wrecked by US sanctions enacted by former US President Donald Trump. In April, the company said it would spend over US$1 billion (~RM4.1 billion) to research and develop self-driving and electric car technologies.

at June 13, 2021
Email ThisBlogThis!Share to TwitterShare to FacebookShare to Pinterest
Labels: Automotive, Car, Changan, Chips, Collaboration, Expand, Huawei, Include, Making, to, With