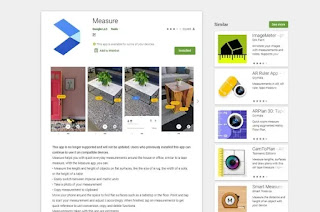 Google retired Project Tango in 2018 to make way for ARCore. Now, the AR app known as Measure will also be joining the Google Graveyard. For those whom have never downloaded it, it will never be found again. But for those who did download it at least once before, it “is no longer supported and will not be updated”.

Android Police noted the the app is no longer listed in the Google Play Store for accounts that did not previously download it. But for those that did, it should still work normally. And at the time of writing, the internet search giant still has Measure listed in its AR & VR experiences site. Chances are this will be removed soon. 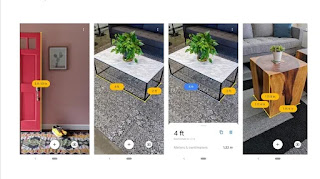 For those who don’t know, Measure was one of the most compelling uses of AR back in the day. We’re talking about when the Lenovo Phab 2 Pro was first announced back in 2016, as the first phone that supported Project Tango. That being said, it’s safe to say that the idea was better than the implementation, as the app wasn’t exactly accurate. So while it was fun, to say that it was practical was probably  stretch.

AR tech on mobile phones are these days more used for location based games instead. You have the likes of Pokemon Go, Harry Potter: Wizards Unite, and even one for The Witcher. And they are all battery hogs, much like Measure was back in the day.