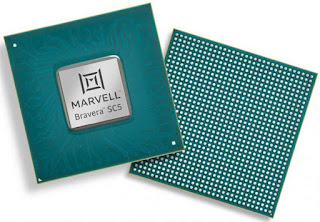 Marvell recently announced the Bravera SC5, a PCIe 5.0 SSD controller which the brand boldly claims to be an industry first. To state the obvious, the controller is designed to support the yet unreleased PCIe 5.0 interface, as well as NVMe 1.4b.

Regarding NVMe 1.4b, the new transfer interface is said to have double the performance of current PCIe 4.0 SSDs. By that claim, the Bravera SC5 could achieve average sequential read and write speeds of 14GB/s. To break it down further, that’s about 4GB/s per lane, and up to 128GB/s in an x16 configuration.

As exciting as this may sound, Marvell says that the Bravera SC5 won’t be made available to the average consumers. Instead, the company is aiming its new controller towards data centres that wish to future-proof their systems with breakneck speeds and scalability in storage. Oh, and also applications with ultra-low latencies in real-time applications. 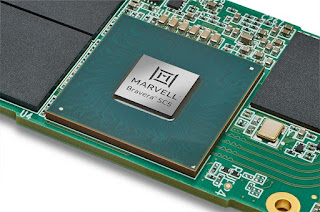 So far, Marvell is offering two variants of its new PCIe 5.0 controller, an 8-channel model and a 16-channel model. As mentioned earlier, both have maximum sequential read speeds of 14GB/s, while their sequential write speeds are capped at 9GB/s. In addition, both variants have random read and write speeds of up to two million IOPs and one million IOPs, respectively.
at June 09, 2021
Email ThisBlogThis!Share to TwitterShare to FacebookShare to Pinterest
Labels: 14GB/s, 5.0, Announces, Controller, Marvell, PCIe, Speeds, SSD, to, Transfer, up, With