Survey: Half Of Malaysian Gen Z, Millennials Will Be Frequent Augmented Reality Users By 2025 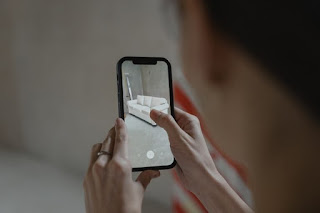 Deloitte Digital and Snap Inc., the developer of Snapchat, have produced a report estimating that half of Malaysian Gen Z-ers and millennials will be frequent augmented reality (AR) users by 2025.

As of 2021, the report found that approximately 3 million Gen Z-ers and millennials are frequent AR users, as in people who use AR weekly or daily. That figure is expected to grow by a whopping 187% to 8.6 million in 2025.

The report also revealed a shift in AR use towards utility as opposed to the playful videos that AR has been long known for. Today, 64% of Malaysian consumers on Snapchat use AR primarily at home for activities like communication (98%), media and entertainment (81%), gaming (79%), and shopping (67%). 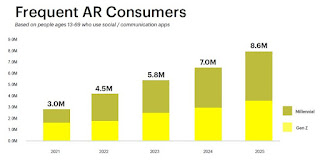 Nine in ten Malaysians believe that AR will be even more important in their lives in the next five years. When asked what they expect to use AR for in the future, utility was put front and centre, with most Malaysians wishing to use the technology to help them stay connected with others, learn something new, and improve productivity levels.

The survey / report had 15,000 respondents from around the world, including Malaysia, with about half of which use Snapchat.

It’s no surprise why Snapchat is going all-in on AR since it plays such an outsized and even definitive role on the platform. Last month, the messaging app revealed the latest generation of its Spectacles which is specially designed for AR.

at June 19, 2021
Email ThisBlogThis!Share to TwitterShare to FacebookShare to Pinterest
Labels: 2025, Augmented, Be, by, Frequent, Gen Z, Half, Malaysian, Millennials, of, Reality, Survey, Users, will