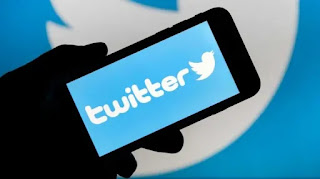 Rumours of Twitter planning to introduce a new paid subscription to its platform have been circulating around the web for quite some time. Now it appears that the social media company itself has confirmed this by unintentionally listing the price of its unannounced premium plan on Apple’s App Store.
The listing of the subscription – known as Twitter Blue – was spotted by leakster Jane Manchun Wong, who also first discovered the premium subscription’s existence by reverse engineering the platform’s code. It is revealed that the plan is priced at US$3 (~RM16.50) monthly and would offer paid users with a variety of “premium” features that are not found on free accounts.

According to Wong, Twitter Blue provides users the ability to add bookmarks to tweets, a Collections feature for save and organise posts, and a new “undo tweet” feature. Well, it looks like we’re finally getting the edit feature that we’ve been asking for throughout the years. Unfortunately for us, it’s locked behind a paywall – so back to complaining we go. 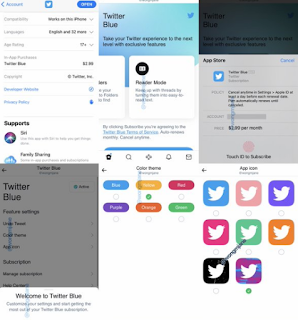 There’s also a chance that the US$3 monthly charge is part of a multi-tier subscription model that Twitter is offering to its users. Wong says that those who subscribe to higher-priced tiers could enjoy even more premium services such as clutter-free news reading experience, among other things.

Keep in mind that this info is still unconfirmed at this time, as the platform has yet to officially announce Twitter Blue. That being said, now that the premium subscription’s name and pricing is now listed on App Store, it is very likely that we’ll hear from Twitter regarding this sometime soon.

On a related note, Facebook had previously hinted at introducing a premium-based subscription plan of its own in order to “cope” with Apple’s anti-tracking policy. Now that Twitter is seemingly spearheading paid plans to social media, it wouldn’t be surprising for Mark Zuckerberg’s social media platform to also follow suit soon after.
at June 09, 2021
Email ThisBlogThis!Share to TwitterShare to FacebookShare to Pinterest
Labels: Apple, AppStore, Confirmed, in, Premium, Subscription, Twitter’s, Unannounced