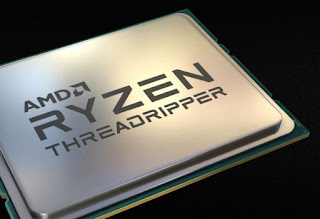 After a long period of silence, rumours about AMD’s next-generation Ryzen Threadripper 5000 series CPUs have finally begun appearing once more. The most recent rumour now suggests that the HEDT CPU lineup could launch as early as next month.
According to MoePC, the new AMD Ryzen Threadripper 5000 series CPU goes under the codename “Chagall” and there are several unsubstantiated rumours to it. For a start, the Chinese site claims that the number of cores in each Threadripper 5000 series CPU remain unchanged. Of course, what is known is that the CPU architecture in the new HEDT lineup will be upgraded from Zen 2 to the current 7nm Zen 3 CPU architecture. With that, the top-of-the-line CPU in the series should offer up to 64-cores and 128-threads. 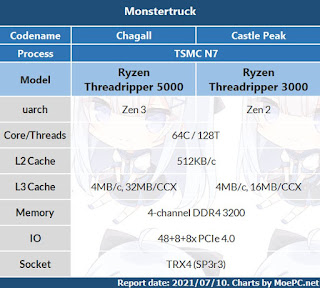 One other rumour is that the Chagall might also feature a slightly larger Inter-Chip Global Memory Interconnect (xGMI), up from 16GT/s to 18GT/s. This is similar to AMD’s EPYC 7003 server CPU series, which goes by the codename “Milan”.

Again, these are merely just rumours and unverified details. Therefore, until an official announcement from AMD is made, we highly recommend that you take this report with a large grain of salt.