Apple To Allow iOS, iPadOS Apps To Use Over 5GB RAM 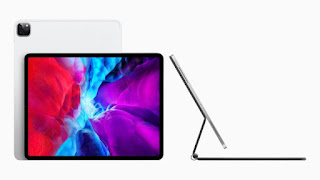 Apple mobile devices back in the day never had a lot of RAM. And it never needed them, considering that the mobile OS are so optimised. But as newer devices come with more, a strange limitation of iOS and iPadOS have since surfaced. The restriction here is that apps could never make use of more than 5GB of RAM. And Apple is working on removing this limitation.
In the second version of the iOS and iPadOS 15 beta versions, developers were allowed access to the extra RAM via an entitlement code. This will allow the app to tell the operating system that it can work better with the extra resource. 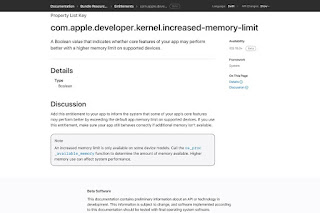 Granted, the caveat here is that the app must still be able to work properly without it. After all, having that much RAM is still a luxury exclusive to newer devices. Beyond the iPhone 12 Pro and Pro Max, no other iPhone will be able to make use of this, for example. 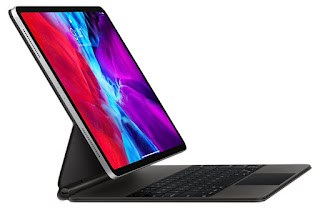 All that being said, most apps wouldn’t need to make use of that much resource. Overall, this will be a benefit that is mostly only seen by owners of the newer models of the iPad Pro. Access to more RAM will certainly allow their performance to match laptops, as the company frequently touts.

at July 22, 2021
Email ThisBlogThis!Share to TwitterShare to FacebookShare to Pinterest
Labels: 5GB, Allow, Apple, Apps, iOS, ipadOS, Over, RAM, to, use