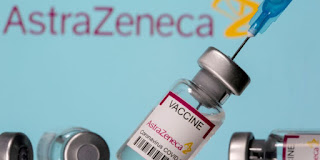 The National COVID-19 Immunisation Programme (PICK) coordinating minister Khairy Jamaluddin, has announced that the interval between the AstraZeneca COVID-19 vaccine’s first and second dose has been reduced from 12 weeks to just nine weeks. If you were part of the first batch, Minister Khairy says you should be getting your second appointment soon.
The use of the AstraZeneca vaccine was launched into a separate opt-in stream rather than the mainstream PICK programme due to initial hesitancy by the public. The vaccine was first administered on 5 May, so based on the shortened nine-week interval, those who got vaccinated in the first AZ wave might get their second dose appointment as early as next week.

Due to positive response to the AstraZeneca vaccine, it was extended for a second registration session; the session was initially opened for senior citizens, before being opened for individuals under 60. The high demand for the vaccine led the Special Committee On COVID-19 Vaccine Supply (JKJAV) to the conclusion that public hesitancy had faded, so the vaccine was co-opted into the main PICK programme.

“The hesitancy is no longer there and AstraZeneca has been accepted. We have made the decision that AstraZeneca will no longer be opt-in, but now will be a vaccine added to the programme,” Khairy said.

AstraZeneca stated yesterday that 586,700 doses of its coronavirus vaccine are planned for delivery to Malaysia early next month, followed by additional deliveries in the weeks and months following. In addition, Japan announced earlier today that it is donating 1 million AstraZeneca vaccine doses to Malaysia.