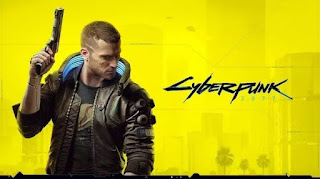 CD Projekt Red has been churning out fixes for Cyberpunk 2077, which launched in quite the state. Unsurprisingly, a game that launched with that many bugs will have enough for a montage video or two. And a few of those have made their way online.

VGC reports that the leaked videos were part of the files stolen from CDPR during the major hack it suffered earlier in the year. The videos show various bugs of Cyberpunk 2077, edited for comedic effect.

On its own, a bug montage is not necessarily a bad thing. CDPR probably intended to also include it with Cyberpunk 2077 as a sort of bonus material, the way it did for The Witcher 3. But considering the state it launched in, it’s probably understandable why the developer decided against it.

One of the producers of Cyberpunk 2077 also confirmed that the bug montage is legitimate on Twitter. The tweet has since been deleted, also for obvious reasons. To say that it would have been taken poorly would be an understatement. But to be fair, it was a reply to another tweet by Bloomberg reporter Jason Schreier, which was also deleted.

If you want to see the video montage for yourself, you can do so by heading to VGC’s report, linked below. But be warned that the second video opens with extremely NSFW bugs.