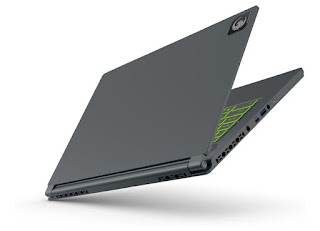 Leaked information of an MSI Delta 15 with an AMD Radeon RX 6700M discrete GPU have reportedly made their way on to the internet. The leaks first appeared on the Chinese news site, Zhihu and seems to detail the synthetic performance of the AMD discrete GPU, as well as its expected specifications. 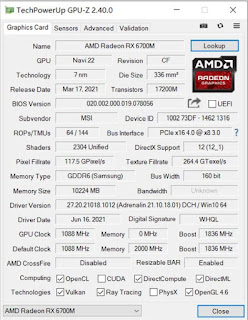 Moving on, the Zhihu post also seems to be benching the 6700M-powered Delta 15 against a Razer Blade 14 Ryzen, fitted with an 80W NVIDIA GeForce RTX 3070 GPU. Overall, the Radeon GPU appears to outperform its Team Green rival by an average of 9%, with the highest gains in performance seen with Hitman 2.

Of course, one important note to bear in mind about the real-world benchmarks is that only a handful of these games are DXR-capable and judging from the framerates, it is likely that these numbers were obtained without the feature turned on. As such, it is unclear how the 6700M will perform with the feature turned on.

As these things usually are, MSI has not released any official statement about the Delta 15, nor has AMD actively confirmed the existence of the Radeon RX 6700M GPU. So, take this news with a grain of salt.