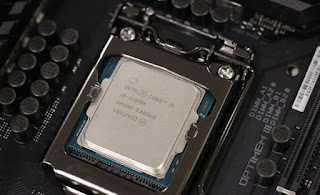 It seems that the wait for Intel’s 12th generation Alder Lake-S desktop CPUs may not be as long as we initially expected. According to prominent hardware blogger and leakster, YuuKi_AnS, early samples of the unreleased CPU lineup are currently being sold in China.

According to their sources, samples of the top-of-the-line Core i9-12900K were being sold between 6900 Yuan (~RM4516) and 7500 Yuan (~RM4909). Bear in mind, these prices are not reflective of the product’s final SRP, which we’re certain will be different once the lineup officially launches.

That said, the early sales of qualification samples also point towards Intel’s progression with the chips; if samples are already out this early on the market, it’s clear that the chipmaker’s development of its 12th generation desktop CPUs is ahead of schedule.

As pointed out by PCGamer, one of the more interesting aspect of Alder Lake-S is its unique and uneven core-to-thread ratio, brought about through the “big.LITTLE” combination of Golden Cove and Gracemont cores. For example, the Core i9-12900K is expected to feature 16-cores, 24-threads, while the Core i7-12700K will reportedly have a 12-cores, 20-threads layout.

It’s also been somewhat confirmed the upcoming 12th generation CPU lineup will support next-generation features, such as PCIe 5.0 and DDR5 memory, all through a new 600 series chipset that, surprisingly, will also be backwards compatible with the following 13th generation Raptor Lake-S CPU lineup.