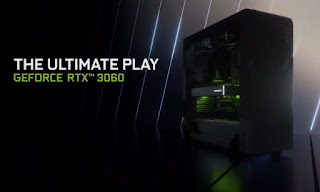 NVIDIA repurposing its higher-tier GPUs for lower-tier graphics card models isn’t groundbreaking news, by any measure of the definition. The GPU maker usually does this whenever it has a surplus of GPU dies in question and the higher-ups in the company decide to sell them to AIBs, who then sell them to customers directly.

Recently, a discovery by Twitter user Matthew Smith (@T4CFantasy) showed that NVIDIA has begun selling its GA104 GPUs in the shape and form of GeForce RTX 3060 cards. As a quick recap, the RTX 3060 shifted out with a GA106 GPU but that said, both GA104 and GA106 GPUs actually have similar designs when it comes to their pin layouts. Also, it was the RTX 3070 and RTX 3060 Ti that originally shipped out with the GA104 GPU, thus making this the first GA104-powered RTX 3060 with more than 8GB GDDR6 graphics memory.

On paper, the GA104-powered RTX 3060 still retains the same 3584 CUDA cores, as well as the same 12GB of GDDR6 graphics memory and 192-bit memory bus. However, to ensure that the card’s performance still falls within the parameters of an entry-level or mid-range card, approximately 42% of the GPU’s potential will be disabled. Versus the 7% of disabled cores in a GA106-driven RTX 3060.

As for when and where the card will be made available, there are no specific dates but Videocardz speculates that the GA104-based RTX 3060 could make its way into the North American and European markets first, before other countries in Asia (except China) begin receiving it.