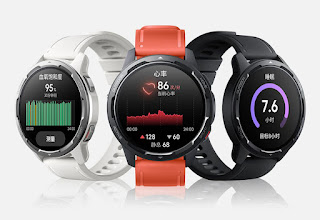 Launched alongside the new Xiaomi Civi smartphone yesterday is the brand’s next generation smartwatch, the Xiaomi Watch 2 (known as Watch Color 2 in China). Typical of any sequel device, the new wearable comes with upgrades such as a larger display and new health tracking features, among other things.

The Xiaomi Watch 2 comes with a circular 1.43-inch AMOLED display with 326 ppi pixel density. The wearable is offered in three colourways – white, black, and gray – which can be combined with over 200 watch faces and 6 strap colours including black, blue, white, green, yellow and orange. Like its predecessor, it is also water resistant up to 5 ATM. 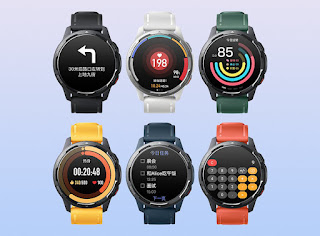 Features-wise, the new smartwatch comes with dual-band GPS support, 24/7 heart rate, Sp02, sleep and menstrual health tracking capabilities, as well as over 110 sports tracking modes. The Watch 2 does not run on the new Wear OS platform but instead uses Xiaomi’s proprietary smartwatch-based operating system, which supports a fair number of third-party apps.

The device has a battery capacity of 470mAh, which is a decent upgrade over the 420mAh capacity of its predecessor. The company claims that this is enough for 30 hours of continuous GPS tracking, and up to 12 days of regular use on a single charge. With Extended Mode switched on, the new smartwatch is said to be able to last up to 24 days. 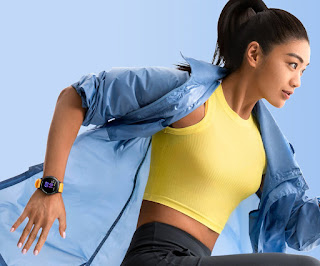 The Xiaomi Watch 2 is slated to ship out in China on 30 September 2021 and will retail at CNY1,000 (~RM648). However, the company has yet to announce the new smartwatch’s expected availability in other regions outside of its home country.
at September 28, 2021
Email ThisBlogThis!Share to TwitterShare to FacebookShare to Pinterest
Labels: At, China, CNY1000, in, Launches, Retailing, Watch2, Xiaomi