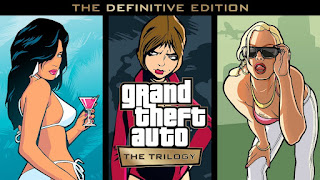 Rockstar Games confirmed that the Grand Theft Auto Trilogy Remaster is real. While no dates were mentioned, it will probably be coming some time this year. And it looks like it will have a physical release for previous generation consoles, and the Nintendo Switch, coming in December.

Polish outlet PPE cites retail sources as saying that the Grand Theft Auto Trilogy Remaster will get physical copies for the PS4, Xbox One and Nintendo Switch. These will be available on 7 December. The PS5, as well as Xbox Series X and S, will also be getting physical editions, but later in 2022.

The dates of the physical editions may be an indication of the general release date for the trilogy remaster. That being said, video games leaker Tom Henderson has claimed that the title is scheduled for release on 11 November instead. While it’s not impossible that physical and digital versions of the same game launch on different days, it’s always strange when it happens.

On a related note, VGC reports that retailer Base.com had listed the trilogy remaster as being priced at US$70 (~RM292) for current-gen consoles, and US$60 (~RM250) for previous-gen machines. The listing has since been removed, but they can just as much be placeholder prices as they can be real ones.

Official confirmation from Rockstar as to if any of these numbers are accurate is also said to be coming on 22 October, the 20th anniversary of GTA3. So we may be a short 10 days away from from finding out for sure.

at October 31, 2021
Email ThisBlogThis!Share to TwitterShare to FacebookShare to Pinterest
Labels: 7 December, A, Auto, Grand, have, May, Physical, Release, Remaster, Theft, Trilogy