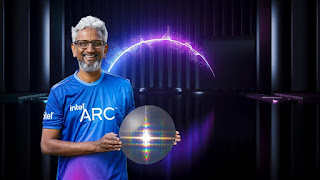 Intel’s ARC Alchemist desktop graphics cards are not slated for launch until sometime within the second quarter of 2022, and as it stands, the chipmaker is reportedly focusing on its mobile ARC GPUs first. Interestingly, when asked if the GPUs will have some form of cryptomining prevention, the answer was, surprisingly, a shaky no.

During an interview with Gadgets 360, Roger Chandler, vice president and general manager for Client Graphics Products and Solutions, Intel, told the news site that Intel has no plans on implementing such mechanisms into its graphics lineup. Simply put, the man said that such measures were not a priority for the chipmaker and that it was not designing a “product or building any features at this point that specifically target miners”.

That last bit is crucial as it could swing interest for Intel ARC graphics cards towards the cryptomining community when they are readily available next year. Of course, it’s still too early to tell if that will be the case, considering that no engineering sample or full-fledge ARC Alchemist graphics cards are even out in the wild for testing. 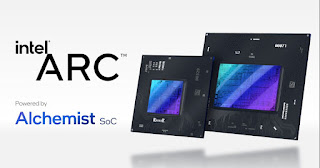 Beyond that, the interview saw Chandler and Raja Koduri, senior vice president and general manager for Accelerated Computing Systems and Graphics (AXG) Group at Intel, also said on the subject of supply that, while he couldn’t promise Intel’s adequate supply of ARC Alchemist cards next year, neither could his competitors, NVIDIA and AMD.

You can check out the transcript in the source, should you wish to read the interview in-depth.

at October 29, 2021
Email ThisBlogThis!Share to TwitterShare to FacebookShare to Pinterest
Labels: Anti-Crypto, ARC, GraphicsCards, Intel, Mining, ship, Software, will, Without