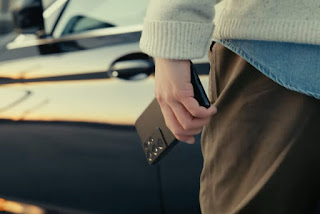 After announcing it earlier this year, Samsung is finally adding support for using certain Galaxy flagship smartphones as digital keys to unlock your vehicles. Known as Samsung Digital Key, the new feature uses Ultra Wide Band (UWB) and NFC to enable “passive entry”, meaning that the car will unlock when you’re nearby without you needing to take out your phone, similar to Apple’s car keys introduced last year.

Samsung’s iteration will launch by the end of this year in South Korea and will initially support only one car model for now, which is the Genesis GV60. Interestingly, the car already comes with several smart features of its own, including a built-in face scanner on the side of the car known as Face Connect, and a fingerprint scanner. Both of which are used to biometrically verify the driver’s identity without requiring a physical key. 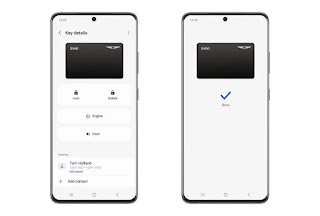 Back to Samsung’s new tech, the digital key also uses the company’s embedded Secure Element (eSE) technology to protect sensitive information, and is stored in the Samsung Pass app. The company says that using UWB as a car key prevents potential relay attacks, meaning thieves can’t start your car without having your physical phone in the vehicle. Additionally, the key can be shared with friends and family with the ability to set a time limit, and even allows each driver to preset seat and mirror positions when they get in the car.

When the feature was announced, Samsung revealed four automaker partners — Audi, BMW, Ford, and Genesis. With that in mind, we can expect the Samsung Digital Key to be compatible with the other brands some time in the future, although their expected rollout has not be revealed as of yet. The Galaxy devices that come with UWB are the Galaxy S21+, Galaxy S21 Ultra, Galaxy Z Fold2, Galaxy Z Fold3, and Galaxy Note 20 Ultra.