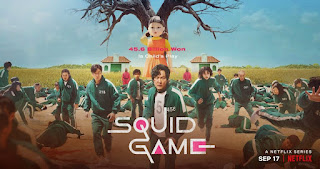 Squid Game, a South Korean produced Netflix original, is probably the most widely talked about TV show as of late. So much so that it has garnered a high number of views worldwide, which earned it the number 1 spot of being the current most popular title on the streaming service across 90 countries – including Malaysia.

Naturally, its popularity also surged in its home turf of South Korea, which resulted in a huge spike in local network traffic. While the influx of viewership may have placed a wide smile on Netflix’s face, the same can’t be said for South Korean internet service provider SK Broadband.

According to Reuters, the local ISP has sued the streaming service to pay for the costs from increased network traffic and maintenance work caused by the spike, as well as to pay for using its dedicated line since 2018. For context, Netflix is the second-largest data traffic generator in the country – with the first being Google’s YouTube platform.

SK Broadband says that unlike other content providers such as Amazon, Apple and Facebook, both aforementioned platforms are not paying for network usage fees – although, the reason behind this is not stated. It added that Netflix’s data traffic, which it has been handling since May 2018, jumped 24 times to a staggering 1.2 billion bits of data processed per second as of September this year. It says that this surge has been riding on the success of several local Netflix productions, with the most recent being Squid Game and a K-drama known as D.P. 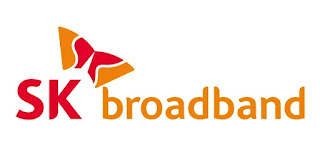 The lawsuit comes after Seoul Central District Court’s ruling against Netflix back in June this year. The court stated that the ISP is offering “a service provided at a cost” and it is “reasonable” for Netflix to be “obligated to provide something in return” for the service. According to court documents seen by Reuters, SK Broadband estimated the network usage fee the streaming service needed to pay in 2020 alone is about KRW 27.2 billion (RM 95.7 million).

On the other hand, Reuters says that Netflix has appealed against the ruling, with fresh proceedings to start in late December. The streaming service had also recently issued a statement saying that it contributed to the creation of about 16,000 jobs in South Korea – stemming from about KRW 770 billion in investments and an economic effect of about KRW 5.6 trillion. At the same time, it noted that it will review SK Broadband’s claim, as well as to discuss and explore ways to work with the ISP to ensure customers are not affected.

at October 01, 2021
Email ThisBlogThis!Share to TwitterShare to FacebookShare to Pinterest
Labels: After, and, from, ISP, Korean, Netflix, Other, Shows, South, Squid Game, Sues, Surge, Traffic