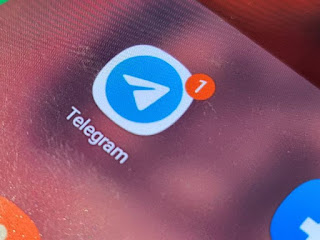 As most of us are very aware by now, Facebook’s entire ecosystem – including its own social media platform, Instagram, Messenger, and Whatsapp – was affected by a major six-hour outage late Sunday evening, which lasted till early Monday morning in Malaysia. This expectedly ensued chaos amongst its users, resulting in those relying on the company’s various services for both business and personal use to seek the closest alternatives. Among those in line to willingly welcome these “refugees” are none other than WhatsApp’s closest rival, Telegram.

In fact, the amount of users the platform has recently gained greatly surpasses the influx of new registrations it experienced in January. As a refresher, WhatsApp announced an update to its privacy policy back in early 2021, revealing that it would begin sharing user data with parent company Facebook. The move backfired, raising privacy-related concerns which resulted in over 25 million users of the private messaging service to jump ship to Telegram. 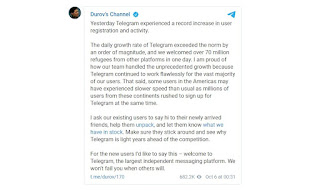 According to the platform’s founder Pavel Durov, Telegram welcomed over 70 million users on Monday – the largest number of registrations it had ever received in a single day. While a milestone in every sense, Durov also acknowledged that the unexpected surge of new users in the short time frame have caused slower speeds on the platform due to the increased load.

Meanwhile, Twitter also greeted Monday’s Facebook-less crowd with a “hello literally everyone” tweet, which was posted not long after various reports regarding the outage were shared online. And as expected, various other brands ranging from tech to fast food franchises also rode along the wave, replying to the tweet with jokes and memes directed at the situation.

Just in case you missed it, Facebook revealed that the cause of the outage was apparently due to “some configuration changes” on its backbone routers, which are responsible for the traffic between the company’s data centres. The social media giant also assured that despite this unexpected shortcoming, all user data has not been compromised during the downtime.