Resident Evil: Welcome To Raccoon City Has Its First Trailer 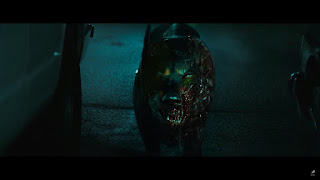 The Resident Evil movie series is getting a reboot, and the trailer for the first movie has been released. The name of the movie itself is Resident Evil: Welcome to Raccoon City, and boy does it look like a wild ride while having nausea.

On the positive side, the trailer suggests that the movie will be quite faithful to the games. There were a few direct callbacks to specific scenes, and the main characters are from the games, and not an original self-insert Mary Sue type character. So you’d think that we’re off to a good start.

But then things quickly go downhill at the same time as while they were starting to look good. For one, most of the characters are unrecogniseable. The only exception is Claire Redfield, or rather her red jacket. The character that’s supposed to be Leon looks like Carlos from Resident Evil 3 Remake instead. I get that it’s not practical to cast people who look like their role’s video game counterpart, but it’s still confusing when one character looks like another different one.

For what it’s worth, the trailer ends with a premiere date of 24 November. It could be worth a watch, even if your sole purpose of doing so is to have a tally of the number of things that the film faithfully recreates from the games, and where it takes liberties.

at November 08, 2021
Email ThisBlogThis!Share to TwitterShare to FacebookShare to Pinterest
Labels: City, Evil, First, Has, its, Raccoon, Resident, to, Trailer, Welcome