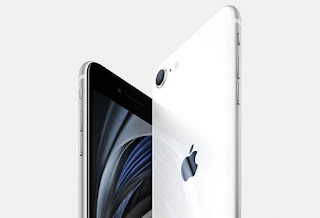 Apple is said to be releasing a new entry to its more occasional smartphone series, the iPhone SE, sometime in early 2022. According to Japanese blog Macotakara, the upcoming model will allegedly come with recent hardware for its core internals, but retains its predecessor’s overall design.

In regards to the latter, this means that the new SE will still sport the iPhone 8’s look once more. Therefore, it may also feature a 4.7-inch LCD display with large upper and lower bezels, a curved aluminium frame, and a single rear camera setup. Concurrently, this would see the return of the Touch ID-enabled Home Button below the phone’s screen as well.

As for hardware, Macotakara suggests the next-gen iPhone SE will be equipped with the 5G-enabled A15 chip – the same SoC that is featured in the brand’s current generation iPhone 13 series. Unfortunately, no information regarding its battery or its front and rear camera sensors were shared by the Apple-specialised Japanese blog. Lastly, it is said that the new SE will begin production this December, and is expected to be launched later in Spring 2022. 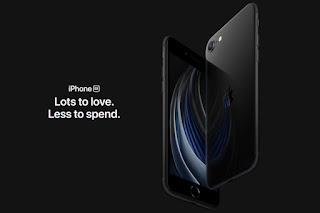 This actually isn’t the first time that Apple is rumoured to be releasing a follow-up model to its iPhone SE line-up. Back in June, reliable analyst Ming-Chi Kuo similarly suggested a new iteration of the phone with upgraded internals is currently in the works, and that it would also feature the same chassis as its predecessor. While the rumours are seemingly corroborating with each other, it is still worth reminding that both of which are unofficially sourced and may end up to be inaccurate in the end.
at November 08, 2021
Email ThisBlogThis!Share to TwitterShare to FacebookShare to Pinterest
Labels: 5g, A15, and, Chip, Design, Gains, Iphone, Next, Predecessor’s, Retains, Rumour, SE, Suggests