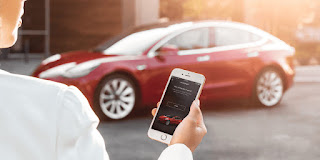 Tesla experienced a server downtime for its mobile phone app earlier today. The outage, which lasted several hours, left owners from across the globe unable to connect to their cars – losing access to certain features offered exclusively via the app.

Motoring website Electrek notes that the downtime coincidentally came shortly after the automaker rolled out an update to its application, although it is undetermined if this was actually the root cause of the problem. Company CEO Elon Musk later revealed in a tweet that the outage may have been caused by an “accidental increase of network traffic verbosity”. Concurrently, he also apologised and noted that the company will take measures to ensure that such problems will not happen again.

Naturally, the app outage also resulted in a flurry of complaints coming from owners worldwide. As mentioned earlier, users are locked away from accessing advanced features such as vehicle summoning, remote unlocking and activation, and interior climate controls.

Some owners even reported to have been left stranded due to their inability to unlock or start their cars via the Tesla app, which is likely an exaggeration. While it does offer the aforementioned abilities, users can still unlock and start their vehicles with their phones through an active Bluetooth connection, provided that they did not log out from the app. Alternatively, this issue can also be bypassed if the owner is carrying the car’s keycard or keyfob along with them.

Thankfully for the owners, their first world-related woes had been resolved by the company, albeit a couple of hours later. Aside from Musk’s reply in Twitter, Tesla itself has yet to issue an official statement regarding the matter.