Apple Reportedly Planning To Debut Its Self-Driving Car In 2025

It’s been a while since we heard anything substantial about Apple’s Project Titan electric vehicle, apart from a certain mishap back in September which involved one of its prototypes. Now, a new report by Bloomberg’s Mark Gurman claims to have acquired new information regarding the company’s first EV from people who are familiar with the matter.

As we’ve already covered when rumours regarding Project Titan first surfaced, Apple’s first EV is believed to be fully autonomous rather than a conventional one with semi-autonomous features. According to the insiders, new Project Titan lead Kevin Lynch insisted that the first model should be able to drive itself.

Gurman’s latest report cites several sources supporting this particular tidbit, as well as the company’s aim to debut the vehicle in 2025. In regards to the latter, earlier rumours suggested that Apple originally envisioned to debut the car in 2024, but the plan was supposedly pushed back to sometime between 2025 and 2027. 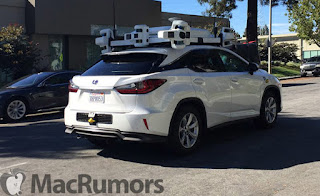 Whether the company is able to meet the 2025 launch window for its EV mainly depends on whether it can complete its fully autonomous system on time, the insiders noted. Progress-wise, sources claim that Apple has supposedly finished much of the “core work” on the car’s processor.

Other than that, people familiar with the matter told Bloomberg that Apple plans to have its first EV to feature a lounge-like interior with a touchscreen infotainment system in the middle, but would lack a steering wheel or pedals. This further suggests that the vehicle would act as a fully-autonomous passenger shuttle rather than a standard car. In terms of safety, the sources added that the company intends to include a manual override mode in case of emergencies. 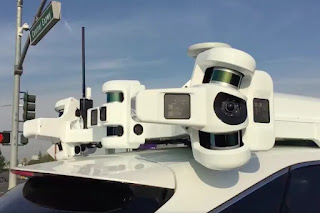 With four more years to go, it will definitely be a while until Apple is expected to officially announce or showcase its first ever EV. A fully autonomous system is indeed possible to an extent with current technology, but most of these rely on dedicated pathings with little to no interference or interaction with human-based traffic. That being said, it is not known whether the company’s vehicle is intended to be used on the road or for smaller-scaled use cases (such as in-campus transportation).
at November 27, 2021
Email ThisBlogThis!Share to TwitterShare to FacebookShare to Pinterest
Labels: 2025, Apple, Car, Debut, in, its, Planning, Reportedly, Self-Driving, to