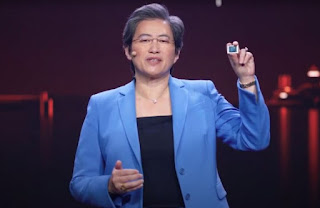 AMD and MediaTek recently confirmed their partnership with each other by announcing that they are currently developing a new series of Wi-Fi 6E modules, dubbed the RZ600 series. The new Wi-Fi modules are expected to appear in next-generation Ryzen-powered laptops, as well as desktop PC components, starting in 2022 and well into the future.

The RZ600 Series Wi-Fi 6E modules will comprise two models: the RZ616 and RZ608, and both modules will house MediaTek’s Fliogic 330P chipset. Specs-wise, both modules will support the latest Wi-Fi 6E 2×2 and the latest Bluetooth 5.2 connectivity standards. What sets the two apart lies in the supported channels: the RZ616 module will support the new 6GHz spectrum at 160MHz channel bandwidths, with PHY rates of up to 2.4Gbps. The RZ608 module, on the other hand, supports the 6GHz spectrum at bandwidths up to 80MHz, and just half the maximum PHY rate of the RZ616, at 1.2Gbps. 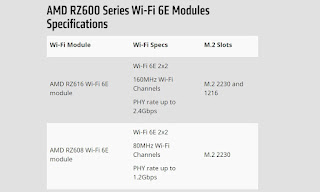 We’ve mentioned in the past that this isn’t the first AMD and MediaTek have gotten into bed together. To that end, the RZ608 module has already been around for a while and was ultimately rebranded as the MediaTek MT7921K. On that note, it is possible that the RZ608 module being listed here is an updated version of the original that only supported Wi-Fi 6 and not Wi-Fi 6E.

Also, in the case of MediaTek, the semiconductor maker has been around the block with several other major technology brands, including NVIDIA and Google.