Capcom Pushes Pragmata Back To 2023 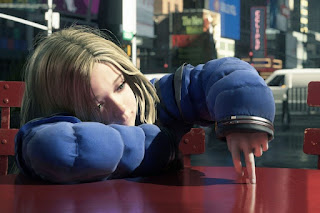 Capcom has a brand new IP called Pragmata. And it’s one that remained in the shadows ever since its announcement just before the start of the current console generation. But as with so many other games, it’s getting delayed. But Capcom made the announcement in such an adorable video that you may just be glad that it got delayed, because otherwise this video would not exist.

You can watch the announcement video, if you can call it one, for yourself. It’s a simple one, showing the girl we saw from the initial Pragmata trailer. And the card she is holding basically says all that needs to be said.

But if you rather read than watch, Capcom says on the announcement post that the team working on Pragmata has decided to push the game back to 2023 “to ensure this will be an unforgettable adventure”. Which doesn’t really mean much, since no one besides Capcom knows what kind of adventure it even will be like. But at least the detail on the character model is amazing.

All that being said, this Pragmata delay video does also set up some crazy expectations for Capcom. Even with the amazing RE Engine, and two whole years left to work with, will the full game look this good? Here’s hoping, but if recent releases are telling us anything, it’s probably best to not hold our breaths for it.

at December 01, 2021
Email ThisBlogThis!Share to TwitterShare to FacebookShare to Pinterest
Labels: 2023, Back, Capcom, Pragmata, Pushes, to