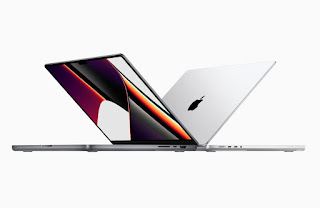 Aside from the 3rd generation AirPods, the new MacBook Pro (MBP) with M1 Pro and M1 Max processors are now available from Apple Malaysia’s website as well. All these products were first introduced during the company’s Unleashed event last month.

For those who missed the launch, the M1 Pro and M1 Max processors are available for both MBP 14 and 16. In terms of CPU, the M1 Pro is available with 8 and 10-core options which is also inclusive of 14 and 16-core GPU respectively, alongside up to 32GB of unified memory. 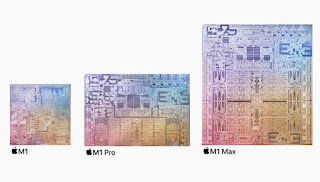 On another hand, the M1 Max comes with a 10-core CPU as standard while you can choose to obtain it with either 24 or 32-core GPU together with up to 64GB unified memory. In addition to that, the chip also has double the memory bandwidth of M1 Pro at 4000GB/s.

Meanwhile, other new elements that Apple has introduced through the latest MBP 14 and 16 are thinner screen bezels as well as a notch on their ProMotion 120Hz displays which houses the new 1080p FaceTime HD. These new models also marked the return of MagSafe charging, SDXC reader, and HDMI 2.0 port although the company has also decided to remove the Touch Bar.

Depending on the exact specs that you choose, the price of M1 Pro-based MBP starts at RM8,799 and can go all the way to RM21,999. As for the M1 Max variants, the price ranges from RM12,399 to RM25,199 and all of them can be obtained through Apple Malaysia’s website right away.

at December 06, 2021
Email ThisBlogThis!Share to TwitterShare to FacebookShare to Pinterest
Labels: and, Apple, Available, for, M1, M1Max, MacbookPro, Malaysia, Now, Pro, With