MultiVersus Gets An Official Reveal Trailer 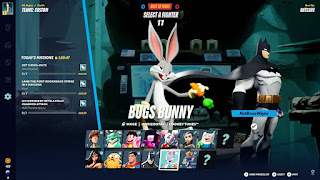 Warner Bros’ MultiVersus had a couple of leaks last month, one of which detailed the game’s potential roster. Now, short of a month later, the publisher is ready to reveal the game in its own terms. There’s also some extra details on the way this game is different compared to other titles of the genre.

To start, the roster from the prior leak was mostly accurate, minus Gandalf. In his place is Arya Stark from Game of Thrones. The devs at Player First Games also confirm that the game will be free-to-play.

One thing that MultiVersus tries to set itself apart from other platform fighters is the emphasis on the social elements. One of them being 2v2 games, with characters having moves that are made specifically to benefit team play. One example is moves that pull allies back in when they’re about to fall off the platform. 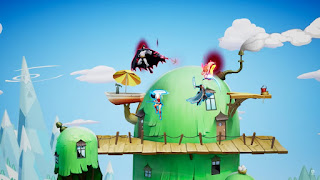 Then there’s the usual crossplay and cross progression, which is always nice. But MutliVersus takes it a step further, with a Guild system that’s usually reserved for MMOs. This is to mainly drive home the emphasis of the 2v2 game mode. It does seem very MOBA-like, and quite excessive for a platform fighter.

What isn’t excessive though is the voice work for the characters. Most of them are immediately recognisable if you watch the shows or play the games they come from. MultiVersus will also get new characters and skins later, which will likely be where the free-to-play game will be monetised.

For now, MultiVersus still has no release date, beyond a vague 2022 window. But it will be available on both generations of both console brands, and PC. There’s also an upcoming playtest session that you can sign up for if you like what you see enough. Though those also don’t have a date just yet.
at December 06, 2021
Email ThisBlogThis!Share to TwitterShare to FacebookShare to Pinterest
Labels: an, Gets, MultiVersus, Official, Reveal, Trailer