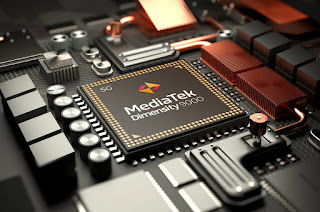 MediaTek is finally looking to close the gap with its rival Qualcomm, which have been dominating in the smartphone chipset market for quite some time now. Just recently unveiled is the company’s latest 5G SoC, the Dimensity 9000, that is specially designed to power flagship-tier Android mobile devices – something that the company has been sorely lacking for several years.

The MediaTek Dimensity 9000 also holds several other firsts to its name, including being the first chip to be built on TSMC’s 4nm process, alongside ARM’s new v9 architecture. The latter includes a single 3.05Ghz Cortex-X2, three 2.85GHz Cortex-A710 cores, four 1.8GHz Cortex-A510 efficiency cores, and a 10-core Mali-G710 GPU. 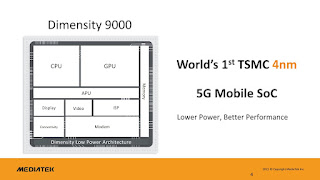 For AI processing, the chipset features the company’s latest fifth generation six-core APU, which is claimed to offer four times the performance and power efficiency compared to its predecessors. Also onboard is MediaTek’s new 18-bit Imagiq Gen 7, the world’s first ISP (image signalling processor) that can support image captures of up to 320MP and transferring data at 9 gigapixels per second. Video-wise, its encoder is capable of recording up to 8K resolution videos at 30fps, supports simultaneous 4K video recording on three different cameras, and features Super Night mode for low-light capture. 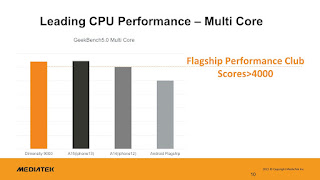 Connectivity-wise, the Dimensity 9000 offers an onboard 5G modem with 3GPP release 16 features, 3CC carrier aggregation (supporting up to 7Gbps downlink speeds), and MediaTek’s own PowerSave tech for improved battery life. Despite being based on the company’s first mmWave modem, the chipset only supports sub-6GHz 5G connectivity at this stage. It is also claimed to be the first to support Bluetooth 5.3 and Wi-Fi 6E standard. 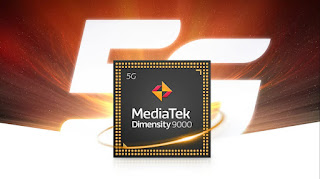 The company did not mention any upcoming smart devices which would be equipped with the  Dimensity 9000 SoC at this time. Nevertheless, it won’t be long until we see the announcements pop up from the usual industry players, especially with the new year closing in. It remains to be seen whether the new flagship MediaTek chip is on par or better in terms of performance when compared to its Snapdragon-branded rival.
at December 01, 2021
Email ThisBlogThis!Share to TwitterShare to FacebookShare to Pinterest
Labels: 9000, Announces, Chipset, Devices, Dimensity, Flagship-Tier, for, MediaTek, Mobile