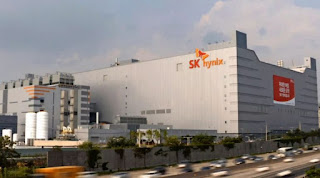 SK Hynix, the South Korean memory manufacturer, is now expected to reveal, as well as speak at length about its latest and faster HBM3 memory standard. The new memory is reportedly capable of achieving speeds of up to 896GB/s, up from the initial 820GB/s that was first touted when it launched its 12-Hi HBM3 last year.

Details about the new memory is still scarce but what is confirmed is that the presentation and Q&A sessions are set to be held during the International Solid-State Circuits Conference (ISSCC) that is scheduled to take place from 20 February until 24 February next month. Like its predecessor, the new HBM3 memory is expected to be a 12-layer DRM, with a capacity of 196Gb or 24GB. How this is achieved is through a process called Through Silicon Via (TSV) auto-calibration and machine-learning optimisations. 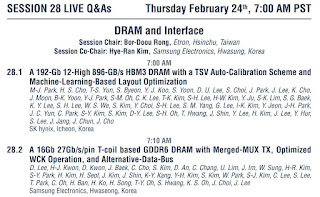 In addition to the new ultra-fast HBM3 memory, SK Hynix also plans on speaking about its new T-Coil 27Gbps GDDR6 memory. Naturally, that would make it faster than Samsung’s own GDDR6 memory, which currently runs at 24Gbps and is currently being sampled.