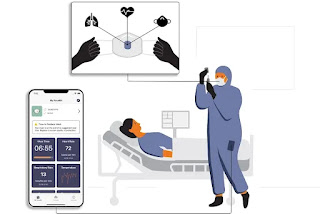 Facemasks being a trend may not be intentional, but researchers are taking the extra step to make them do more. The folks at Northwestern Universtity have developed what’s called a FaceBit. Described as the “Fitbit for the face”, the researchers say it can turn any face mask into a smart monitoring device.

The FaceBit chip attaches itself to a mask using a tiny magnet, and it works with just about any mask, from the N95 to the more basic surgical and cloth masks. It has some of the features that you’d expect to see on a smartband hence the brand namedrop. To start, it measures heart rate using subtle head movements from blood being pumped through its vessels. 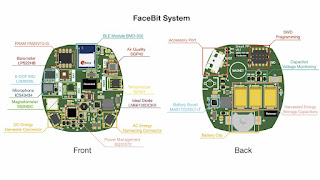 It also detects poor fitting masks by detecting a dip in mask resistance. Though the researchers point out that the FaceBit is yet to replace the usual fit test of an N95 mask. All the data collected is then used to monitor a person’s stress levels. The chip can then ask its user to take a break, for example.

The FaceBit prototype runs on a battery that recharges itself using breathing force, heat, motion and solar energy. This allows it to stretch its battery life up to 11 days. But the researchers are still working on making it completely battery free.

For now, the FaceBit chip still has to go through a long list of tests before it is ready for real-world use. But the researchers have released the project code and hardware to the public so that others can help build and verify it.