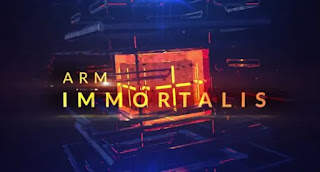 Arm recently announced its latest flagship GPU, the Immortalis-G715. The new mobile GPU is the first of its kind to implement hardware-based ray tracing for mobile.

The Immortalis-G715 signals ARM’s shift in bringing its products into the mainstream, in the same way that Sony and Microsoft brought ray-tracing to their respective consoles. Specs-wise, the new mobile GPU is built on top of Mali and designed to accommodate between 10 and 16-cores, with a promised performance boost of up to 15% over previous generation Mali GPUs. This is alongside double the architectural machine learning (ML) improvements.

With the presence of hardware accelerated ray-tracing, Andy Craigen, director of Product Management at ARM. says that the Immortalis-G715 will use approximately 4% of power per the shader core area while delivering more than 300% performance improvement. The trade-off here is that the Immortalis can and will use significant power, energy, and area within the SoC it is attached to.

The company has not provided any more particular details on what devices the Immortalis-G715 will be featured in, but you may expect that the first phones that have them will arrive at the beginning of 2023.

Moving on, Arm also announced the Mali-G715 and Mali-G615 as premium GPUs, which are aimed at devices with lesser pricing, but with fewer cores and no ray tracing support. The Mali-G615 has 6 cores or less while the Mali-G715 has 7 to 9 cores respectively, but unlike the Immortalis-G715, they will only have Variable Rate Shading that provides up to 40% on frames per second (FPS) and Execution Engine.

ARM also gave a glimpse of its roadmap, which said that it plans on following up Immortalis other flagship mobile GPU next year, codenamed “Titan”, while it plans on bringing “Krake” in 2024. The chipmaker did not indicate if it intends to extend the same hardware-based ray-tracing to the other two.