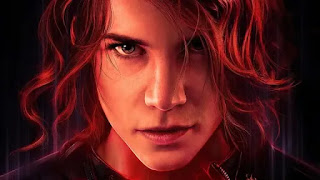 A recent leak about a full-fat NVIDIA AD102 Ada Lovelace GPU suggests that the top-tier GPU can and will run rings around the current king-of-the-hill, the GeForce RTX 3090. How fast is the card, you ask? Apparently, it can run Remedy’s Control at 4K resolution and above the 100 fps mark.

Now, to be clear, this rumour about the AD102 isn’t to be confused with the non-Ti variant of the supposed RTX 4090 that has been making its rounds online. By comparison, the full-fat AD102 GPU ships out with as many as 18432 CUDA cores, which is approximately 12% more CUDA cores than what the RTX 4090 is expected to ship out with.

Getting back on point, and according to a Twitter user that goes by the handle AGF (@XpeaGPU), the AD102 GPU was able to run the game Control at 4K resolution, with the framerates sustaining themselves beyond the 160 fps mark. Further, those framerates were also achieved with ray-tracing and DLSS enabled, but not without its own set of drawbacks. In order to achieves those numbers, the GPU was also reported to have pulled more than 800W off the wall.

By comparison, the RTX 3090 at the same resolution and ray-tracing parametres turned on would yield approximately half the number of frames. With our RTX 3090 Founders Edition, our framerate in-game hovered between 60 and 74 fps. 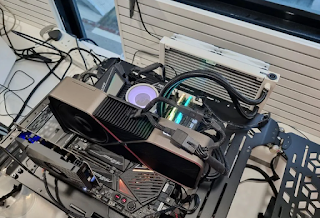 The arrival of this AD102 rumour is interesting, given that just yesterday, we posted a report about another rumour regarding the RTX 4090 and how it is expected to be nearly 70% faster than the RTX 3090. However, those performance numbers were supposedly pulled off an as-of-yet unconfirmed 3DMark Time Spy Extreme benchmark and as such, should be treated with the usual consumption of salt.

For another matter, there are other missing variable that can render claims about the AD102’s prowess unreliable at this point. For starters, the source doesn’t specify the exact game settings the GPU was running Control with, nor did they say if the Lovelace GPU is actually using a new generation of Tensor Cores. Much like Ampere and its 2nd generation Tensor Cores.

Second, there aren’t any additional details about the AD102’s specs, not even its TDP or clockspeeds.

at July 25, 2022
Email ThisBlogThis!Share to TwitterShare to FacebookShare to Pinterest
Labels: 160FPS, 4K, AD102, Allegedly, At, Control, Full, GPU, in, NVIDIA, Over, Runs