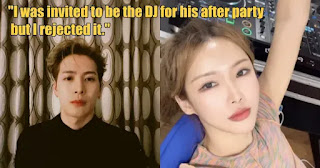 By now, most Malaysians are familiar with this Insta famous influencer/YouTuber Gatita Yan. Not long ago, she announced that just like Ms. Pui Yi, she will also start a new career path which is being a DJ.
Just yesterday, Gatita announced on her Instagram story that she will be attending Jackson Wang’s after party at a club in Solaris. In her story, she mentioned that she was “invited” to be the DJ for his after party.
“I’ve been practicing for so long. I’ve never practiced this long for a show before, I’m so grateful that I was invited to be a part of Jackson Wang’s after party DJ. I have so much gratitude”, she said. 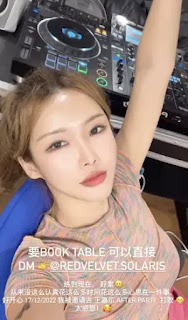 Hours after she posted the story, she then posted another story saying that she’s getting a lot of hate for the announcement she made.

“Since there are so many people who have been commenting on this issue and making it a big deal, the hate has spread to the point where even my Middle Eastern boyfriend has heard about it”, she added. 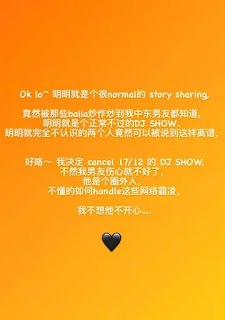 She then revealed that her Middle Eastern boyfriend is not in the entertainment/media industry and couldn’t stand the fact that she is receiving this much hate and backlash from netizens.

“I don’t want my boyfriend to be upset over this matter and I’ve decided to cancel the DJ show.”

Following that, many netizens were quick to call her out and speculated that this was all a “one-woman show”.

“It’s so sad to see you become someone so desperate and sad. There’s nothing real about you or this matter.”

“She’s so good at putting up a show.”

“I believe a lot of DJs out there are treating as a joke and laughing about it.”

What do you think of this issue? Let us know in the comments below.
at December 15, 2022
Email ThisBlogThis!Share to TwitterShare to FacebookShare to Pinterest
Labels: Allegedly, At, BF, DJ, Gatita, Gets, happy, Invited, Jackson, Keep, Later, Party, Rejects, to, Wang, Yan