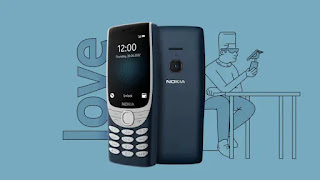 Launched for the global market back in July 2022 is Nokia’s most recent feature phone, the Nokia 8210 4G, which is a modern take on the brand’s classic device of the same name from 1999. Though several months late, the company has officially confirmed that the new throwback handset has finally arrived in Malaysia.

For the uninitiated, the original Nokia 8210 was the brand’s smallest and lightest mobile phone in the market. Most interestingly, it continued to be in popular demand well into the first decade of the new millennium despite its old shelf age. Though not as legendary as the Nokia 3310 model, the handset is a fan favourite amongst retro cell phone enthusiasts.

At a glance, the modernised Nokia 8210 4G closely resembles the vintage model in terms of design, but with certain differences. For starters, it is obviously larger than the original, measuring at 13.8 mm (h) x 131.3 mm (l) x 56.2 mm (w) and weighs around 107 g. The phone’s  screen is larger too, coming in at 2.8-inches and features a resolution of only 320 x 240 pixels. Of course, situated below the display is a physical keypad for typing and such, while on the bottom is a microUSB port and a 3.5 mm headphone jack. 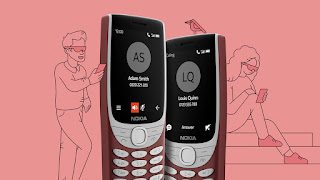 Under the hood of the phone is a 4G-capable Unisoc T107 chipset, which comes with 48 MB of RAM and 128 MB of internal storage. And yes, that wasn’t a typo – the memory configurations on the Nokia 8210 4G are offered in megabytes (MB) instead of gigabytes (GB). However, you’ll be glad to know that the phone comes with a MicroSD card slot that supports up to 32 GB. There’s no Wi-Fi function, but it does feature Bluetooth 5.0 support. 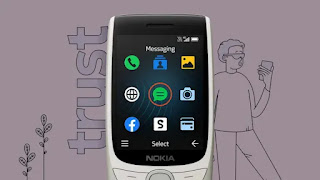 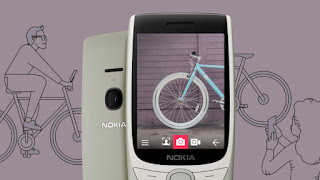 Like most of its retro-based feature phones, the 8210 4G runs on Nokia’s S30+ platform, which means you won’t have access to certain apps such as WhatsApp, Telegram, and so on. But hey, at least there’s Snake and a handful of other pre-installed games to keep yourself entertained. Besides that, also onboard is an MP3 player and FM radio function. 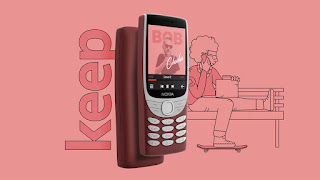 If you thought the memory offerings were humbling, wait till you see what Nokia has in store for the phone’s imaging system. About that, situated on the back is a 0.3 MP camera which is likely an intentional callback to the early days of mobile phone photography. And in that spirit, there’s no selfie camera in front, which means you have to take your selfies the old school way of shooting and hoping that you landed a presentable shot.

Lastly, powering the phone is a removable 1,450 mAh battery. Though small in current technology standards, Nokia says it actually provides enough juice which would allow the 8210 4G to last for weeks before needing to connect to a charger.

The new Nokia 8210 4G is priced at RM 299, and is available in Dark Blue and Red colours. Those interested can purchase the feature phone via authorised Nokia dealers nationwide, as well as the brand’s official online stores on Shopee and Lazada.