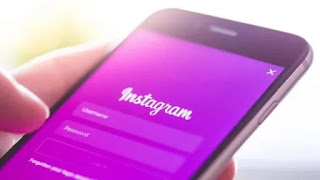 Facebook is coming up with a version of Instagram that is specifically catered to children below the age of 13, BuzzFeed News and the Associated Press (AP) reported. This notably follows a recent slew of measures taken by Instagram to ensure a safer experience for its younger users.
Instagram’s current rules ban those under 13 from the platform, and US federal privacy regulations prohibit it as well. But parent company Facebook clearly sees a vast monetary potential in the untapped demographic.

“Increasingly kids are asking their parents if they can join apps that help them keep up with their friends,” Facebook said, according to AP. “Right now there aren’t many options for parents, so we’re working on building additional products — like we did with Messenger Kids — that are suitable for kids, managed by parents.”

Likely responding to reports of sexual predation and bullying on the platform, Instagram recently introduced a host of new changes – including blocking adults from messaging teens who don’t follow them.

In Malaysia as in many other countries, Instagram launched a “Parents Guide” to familiarise parents with the platform and get them digitally literate enough to monitor their children’s activities on the app. It even enlisted the help of local celebrities and a local NGO to help spread awareness about the guide.

Still, might all that be a calculated overture to Instagram’s deep dive into its next lucrative demographic? The kiddie version of the app has already attracted strong criticism.

“Increasing safeguards for children online is paramount, but the fact remains that Facebook will be harvesting children’s data and profiting off their detailed profiles,” Rasha Abdul-Rahim, co-director of Amnesty Tech, told AP.