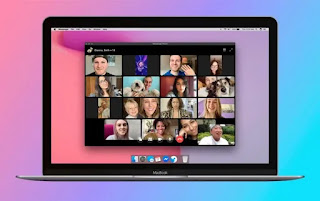 It was rumoured back in February that Facebook is developing its own clone of Clubhouse, which would introduce a similar broadcasting service to its ecosystem. Thanks to a recent discovery by reverse engineer Alessandro Paluzzi, more details regarding the new feature have been revealed.
According to Paluzzi, the experimental version of the upcoming service was found as part of Facebook’s app code on Android, and is indicated to be a new addition to the social network’s Messenger Rooms feature. Rooms itself is considered to be the company’s answer to Zoom, enabling Facebook users to host and participate in virtual meetings or discussions – therefore, combining these elements together makes sense and eliminates the need to introduce a separate app just for broadcasting.

It is revealed that users are able to host different types of Rooms with this new feature; including Live Audio for broadcasting to listeners, and friends-only audio or video private sessions. In its current iteration, Messenger Rooms only allows for up to 50 people to participate in both audio and video sessions. The new Live Audio feature, on the other hand, will likely remove that limitation due to its broadcasting approach. 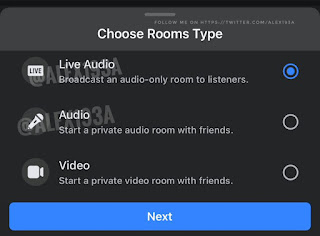 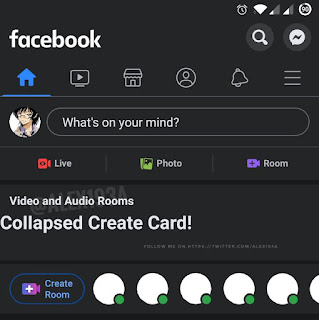 When approached by TechCrunch, Facebook confirmed that these new Messenger Rooms features are indeed part of its “exploratory audio efforts”. However, the social media giant did not provide an answer when asked regarding the expected rollout for these new additions. We just hope that the finalised version would not only feature Rooms occupied by nothing but Mark Zuckerberg clones as per the screenshots above.
As previously reported, Facebook isn’t the only one attempting to capitalise on the whole audio-only broadcasting fad. Also onboard are rival social media companies Twitter and TikTok owner ByteDance. The former had recently launched its own Clubhouse clone known as Twitter Spaces, while the latter is reportedly developing its own broadcasting platform.
at March 25, 2021
Email ThisBlogThis!Share to TwitterShare to FacebookShare to Pinterest
Labels: Broadcasting, Clubhouse-Like, Facebook, Feature, Introduce, May, Messenger, Rooms, to