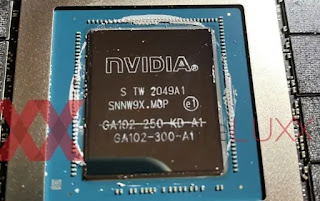 It appears that NVIDIA is quietly rebadging its GA102-250 GPU that was originally intended for the upcoming GeForce RTX 3080 Ti, to a GA102-300. Not only that, but the GPU is also reportedly now being repurposed to its RTX 3090 graphics card.
The discovery was picked up by German-site HardwareLuxx, who discovered the rebadging of the GA102-250. As a quick primer, the GA102-250 was supposed to offer specs that are nearly identical to the RTX 3090; its CUDA core count was rated at 10240, which is just 256 cores shy from what NVIDIA’s top-tier card has. To that end, plans for the GPU has been pushed aside and the GPU maker already has a GA102-225 GPU for the RTX 3080 Ti instead.

Further proof of NVIDIA’s rebadging was also provided by a HardwareLuxx member, who showed off a picture of the GPU attached to a Founders Edition RTX 3090. As you can see from the image, the GA102-250 has been struck off, with the GA102-300 GPU code having been etched just below it. 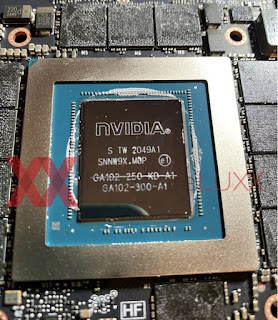 Production of the RTX 3080 Ti has been in development limbo; the halfway-point GPU was initially slated for an April launch, but has since been reportedly pushed back to May. Moreover, it is still unclear if the card will ship out with 12GB or 20GB GDDR6X graphics memory, the latter having been leaked by a product listing by ASUS earlier this year.