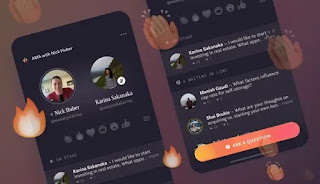 Facebook is now beta testing Hotline, a Q&A-based app that might soon offer tough competition to Clubhouse. While Clubhouse is audio-only, Hotline will allow content creators to stream video as well.
“With Hotline, we’re hoping to understand how interactive, live multimedia Q&As can help people learn from experts in areas like professional skills, just as it helps those experts build their businesses,” Facebook said.

But probably the most important difference is that Hotline records all sessions.

Clubhouse is beloved by many because it supposedly doesn’t keep recordings of conversations – an attribute that made it wildly but briefly popular in China before it was banned there. 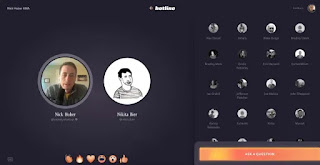 Hotline is taking the completely opposite route – hosts will be given two recordings of a session after it ends; both in different formats (mp3 and mp4). These can then be uploaded by content creators to relevant platforms like YouTube or Facebook, TechCrunch said.

Hotline reportedly will be free at launch with no limits on audience size, but this is presumably subject to change.

Tech platforms, from Spotify to Facebook, have been trying to build competitors to Clubhouse, owing to the app’s phenomenal growth in a short space of time. Twitter also attempted a more direct approach and, according to Bloomberg sources, engaged in talks to acquire Clubhouse for US$4 billion (~RM16.5 billion). However, those talks went nowhere.

at April 16, 2021
Email ThisBlogThis!Share to TwitterShare to FacebookShare to Pinterest
Labels: A, App, Clubhouse, Competitor, Facebook, Hotline, Q&A, Tests, to