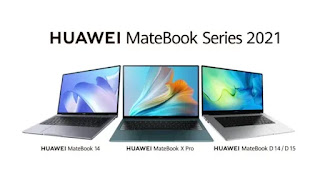 It was only back in February that Huawei had released a new MateBook model into our market. As it turns out, more are on their way to Malaysia real soon as the company has recently revealed the list of 2021 MateBook laptops that it will launch next week.
One of them is the 2021 MateBook D 14 which looked exactly like the MateBook D 14 Intel Edition that Huawei has just launched in Malaysia less than two months ago. In fact, the 2021 variant is still powered by the same Intel Core i5-10210U processor. 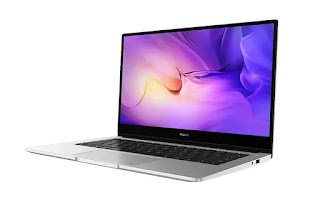 However, the variant that is coming to Malaysia will no longer carry the NVIDIA MX250 GPU though. Instead, it will rely on the integrated Intel UHD Graphics 620 GPU.

The 2021 MateBook D 14 continues to feature a 14-inch Full HD IPS display, and 512GB solid state drive but the laptop does have more RAM than its 2020’s counterpart at 16GB and it also supports Wi-Fi 6 too. Additionally, the 2021 model also features a dual thermal heatsink if the picture on Huawei’s site is to be believed. 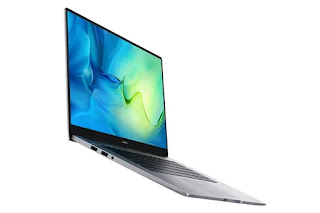 In a rather curious decision, Huawei has also decided to bring two versions of the 2021 MateBook D 15 into Malaysia. One is being powered by an Intel Core i5-10210U processor while another is equipped with an Intel Core i5-1135G7 although both laptops still feature 16GB of RAM and 512GB SSD.

On paper, the 11th Gen version of the laptop has a slight advantage in terms of having newer hardware and the support for Wi-Fi 6. Other than that, another major difference is likely their respective price tags although this will only be known next week.

Moving on, another new model on the list is the 2021 MateBook 14 which also carries the Intel Core i5-1135G7 processor. Equipped with a QHD touch display, Wi-Fi 6 support alongside 16GB RAM and 512GB SSD are once again standards on this 1.5kg laptop.

The fifth new 2021 MateBook model that Huawei will launch in Malaysia next week is its flagship MateBook X Pro. Launched in China earlier this year, Huawei has decided to let go of NVIDIA GeForce MX graphics from this year’s model and has opted to use the integrated Intel Iris Xe Graphics within the Intel Core i5-1135G7 processor in the laptop. 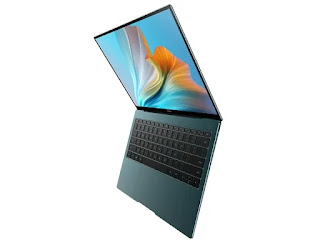 Aside from the new 11th Gen Intel Core processor and Wi-Fi 6 support, the 2021 model is generally identical to its 2020’s predecessor. This includes the 13.9-inch 3:2 aspect ratio touch display with 3000 x 2000 resolution together with its sleek metal chassis.
As stated earlier, Huawei has promised to unveil more information regarding these new 2021 MateBook laptops next week. If you are interested, do stay tuned for their launch day on 19 April for further details.
at April 20, 2021
Email ThisBlogThis!Share to TwitterShare to FacebookShare to Pinterest
Labels: Five, Huawei, in, is, Launch, Malaysia, MateBook, Models, New, Set, to