Uber Ordered To Pay US$1.1 Million After Blind Woman And Her Dog Were Refused Rides 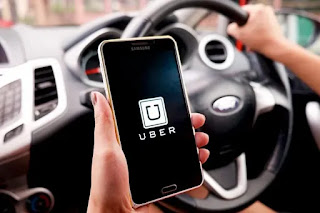 Uber has been ordered by an independent arbitrator to pay US$1.1 million (~RM4.6 million) to an American blind woman seeking redress for the fact that Uber drivers refused to transport her and her guide dog on multiple occasions. According to the BBC, the arbitrator found that drivers illegally discriminated against the woman based on her blindness, and tossed out Uber’s argument that it wasn’t liable in this case.
Like Grab in Malaysia (and elsewhere), Uber officially maintains that its drivers aren’t employees, but third-party contractors. That changed last month in the UK at least when a ruling by the country’s Supreme Court prodded the company to reclassify its drivers as workers.
The woman, Lisa Irving, asserted that she was verbally abused by some of the drivers over her guide dog. She also claimed that ride cancellations led to her arriving late to work, which contributed to her subsequent termination. A representative of Irving reportedly said that under American law, “a guide dog should be able to go anywhere that a blind person can go.”

In the US, Uber was previously sued by the blind community over its policy on guide dogs. The company opted to settle the lawsuit in 2017, agreeing to inform its drivers that they cannot deny service to people with guide dogs.

at April 17, 2021
Email ThisBlogThis!Share to TwitterShare to FacebookShare to Pinterest
Labels: After, and, Blind, Dog, Her, Ordered, Pay, Refused, Rides, to, Uber, US$1.1Million, Were, Woman