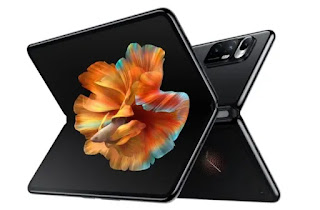 Still reeling from last night’s event which saw the launch of the expanded family members of Mi 11 Series that includes Mi 11 Ultra, Mi 11 Pro, Mi 11i, Mi 11 Lite 5G, and Mi 11 Lite, the Day 2 of Xiaomi Mega Launch has several significant revelations in tow as well. In addition to announcing its entry into the electric vehicle market, the Chinese tech giant has also unveiled its first-ever foldable device, the Mi Mix Fold.
Xiaomi is positioning its foldable debutant as a flagship device and apt enough, it is powered by the Qualcomm Snapdragon 888 processor. Adopting a similar form factor as per Samsung Galaxy Fold, the Mi Mix Fold is equipped with an 8.01-inch 60Hz WQHD+ flexible OLED display on the inside while there is also a 6.5-inch 90Hz AMOLED display with 2520 x 840 resolution on the outside. 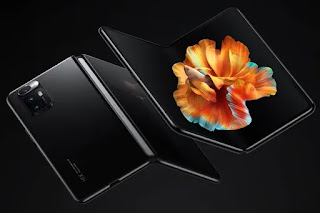 In order to ensure the phone’s reliability especially its U-shaped hinge design, the company claimed that the Mi Mix Fold has been subjected to extreme tests that involved up to 1 million bends. Supporting 5G and Wi-Fi 6, the phone offers up to 16GB of LPDDR5-3200 RAM and 512GB UFS 3.1 internal storage.

The launch of Mi Mix Fold also marked the arrival of the company’s Surge C1 ISP chip which apparently took two years to be developed. The new chip apparently provides an improved 3A algorithm and enhanced the phone’s low-light focusing capabilities which also improved its autofocus, exposure, and white balance that subsequently allows the Mi Mix Fold to deliver high-quality image output. 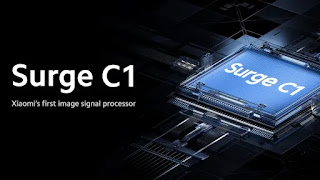 Not only that, Xiaomi has also claimed that Mi Mix Fold is the first device in the world to feature a rather interesting optics technology called Liquid Lens. Paired with an 8MP sensor, the company said that the lens is really made from transparent liquid and its curvature is being controlled using a high-precision motor that allows users to access telephoto capabilities from 3x optical zoom up to 30x maximum zoom.

Aside from that, the 8MP Liquid Lens camera can also act as a macro camera with a focusing distance as close as 3cm. Other than that, Xiaomi has also equipped the new Mi Mix Fold with a 108MP Samsung ISOCELL HM2 sensor for its main camera and 13MP ultra-wide camera as well as a 20MP selfie camera.

Comes standard with a quad-speaker system that has been tuned by Harman Kardon and boosted by a 15V Smart PA amplifier, the Mi Mix Fold’s fingerprint reader is integrated into the phone’s side-mounted power button. Completing its basic specifications is a 5020mAh battery that can gain back its full capacity in just 37 minutes via a 67W wired fast charger.

The Mi Mix Fold’s international launch date is not yet known at the moment although it will be released in China in the middle of April with a price range of between CNY 9,999 (~RM 6,320) to CNY 12,999 (~RM 8,192). We will keep you posted if the new foldable is going to make its way to Malaysia, so stay tuned.