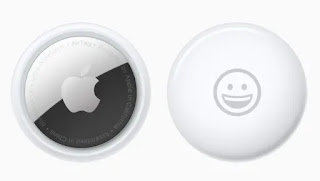 Its existence has been rumoured for quite some time but it was only revealed today during the Spring Loaded event that Apple has decided to unveil the AirTag which is a new accessory that had utilised the company’s Find My platform.

Designed to meet the IP67 standard, the round-shaped device with stainless steel body features a removable cover that allows users to replace the CR2032 battery inside the AirTag themselves. Apple stated that the battery should last for more than a year under daily usages. 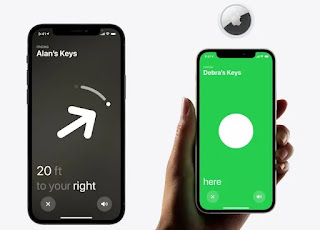 Internally, the AirTag is powered by the Apple U1 chip which allows it to utilise the Ultra-Wideband (UWB) technology. When used together with UWB-enabled iPhones such as the iPhone 11 and iPhone 12, users can then locate AirTag through a feature called Precision Finding that provides visualised directional guidance complete with sound and haptic feedbacks.

Apple has also noted that when someone discovered a lost AirTag, they can contact the owner using details shown on a website that would be shown to them when they tap their iPhone or other NFC-capable devices on the AirTag. Of course, the AirTag’s owner has to willingly provide their phone number for this purpose. 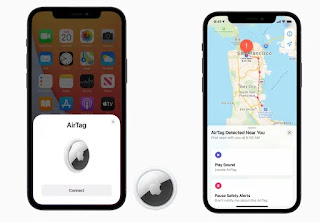 The company also pointed out that users will be notified if an unknown AirTag has been detected travelling with them over a certain period of time, as iOS devices will be given the ability to detect an AirTag that is not with its owner. Users can easily identify such AirTag anyway since the device will play a sound if it got separated from the owner long enough and users can obtain the instructions to disable an unknown AirTag by tapping their iPhone or NFC-enabled device on it.

Given that Apple is a huge proponent of privacy, the company has once again highlighted that its Find My network utilised end-to-end encryption and is anonymous in nature which means that it can’t be used to identify individual users by anyone including Apple. Additionally, the Bluetooth signal identifiers on the AirTag itself also rotate frequently to avoid unwanted location tracking.

While the Malaysian release date for the AirTag has yet been revealed by Apple, the nifty tracker is priced at RM 149 per unit. We will keep you posted once it is available in our market, so do keep a look for further updates when the time comes.
at May 02, 2021
Email ThisBlogThis!Share to TwitterShare to FacebookShare to Pinterest
Labels: AirTag, Apple, coming, Finally, for, Malaysia, Official, RM149, to