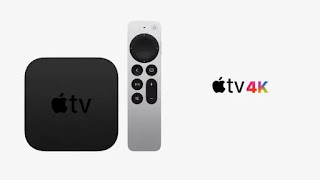 Alongside the new iPad Pro and AirTag, Apple also announced the new Apple TV 4K at its recent event. This new entry features the A12 Bionic chip that we previously saw powering the iPhone XS and XR back in 2018.

The new Apple TV 4K has an interesting feature, simply called Colour Balance. This makes use of an accompanying iPhone to automatically adjust its own colour output, allowing it to compensate for colour inaccuracies of your TV. In other words, it works sort of like a monitor calibrator, except you do the calibration with an iPhone. 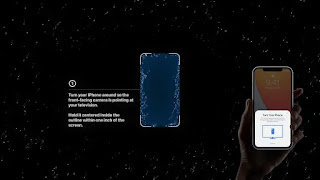 Accompanying the new Apple TV 4K is a new Apple TV Remote. It’s a small remote, with very few buttons. Most of the operation is done via the round clickpad at the centre. You can press down on each direction the old fashioned way. But in certain contexts you can also swipe across it like you would a smart device. And since it supports touch controls, you can also use circular gestures to use it as a jog control.

The Apple TV 4K comes with two storage options, 32GB and 64GB. These are priced at RM849 and RM949, respectively. You can also just get the new remote for RM229. Or, you can get the existing Apple TV HD with the new remote for RM719. That being said, Apple Malaysia has not said when you can actually buy it yet.