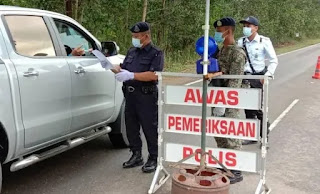 Aside from having premises that are listed by the HIDE system to be closed immediately, the government has also decided to ban all interstate and inter-district movements throughout the country. The decision was announced by Senior Minister for Defence, Ismail Sabri Yaakob earlier today.

The new directive will be enforced throughout the country starting from this coming Monday, 10 May 2021 and will last for the next four weeks until Sunday, 6 June 2021. This is regardless of whether the area is within the Movement Control Order (MCO), Enhanced MCO (EMCO), Conditional MCO (CMCO), or Recovery MCO (RMCO) zones.

An exception will only be given to those that have received approvals from the police. However, the minister didn’t provide any details regarding activities that can be greenlighted by the police. 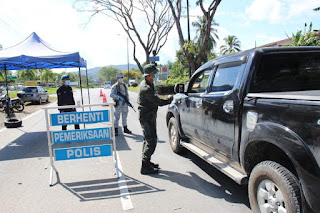 That being said, Minister Ismail did say that all social, education, and economic activities that can cause mass gatherings or public congestions will be prohibited starting from this Monday as well. The same restriction also applies to all official and social events as well as face-to-face activities within the government and private sector.

Even though these restrictions will last until early June, they will be reviewed again by the authorities after two weeks according to the minister. Given that there are so many things that are still very unclear about the new directive, we expect further clarifications to be announced tomorrow. So, stay tuned.

at May 10, 2021
Email ThisBlogThis!Share to TwitterShare to FacebookShare to Pinterest
Labels: 10May, and, Ban, from, Govt, Implement, Inter-District, Interstate, Movements, Nationwide, on, Onwards, to