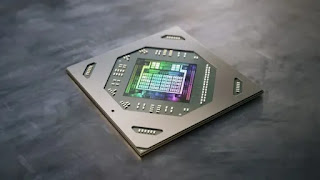 Beside its latest Zen 3-powered Ryzen APUs, today’s keynote also saw the official announcement of AMD’s new Radeon RX 6000M mobile graphics series for laptops. Much like its desktop counterparts, the new mobile GPU series are based on the brand’s current 7nm, RDNA2 architectures.
In total, the RX 6000M comprises three different GPUs; sitting pretty at the top is the RX 6800M, while the RX 6700M dominates the middle ground, and last but not least, we have the RX 6600M covering base for the entry-level. 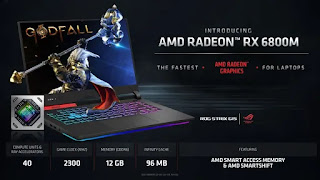 As you’ve no doubt guess, the RX 6800M is the most powerful of the trio, sporting 12GB GDDR6 graphics memory, 40 Compute Units (CUs) and Ray Accelerators, a game clock of 2.3GHz at full whack, and a 96MB Infinity Cache. Again, as it is an AMD product , the GPU also supports both Smart Access Memory (SAM) and Smartshift when paired with an AMD Ryzen 5000 series mobile CPU.

In terms of raw gaming performance, the 6800M isn’t quite set up to dominate the 4K realm, but to AMD’s credit, it is setting realistic expectations, aiming for max graphics settings at 1440p with this mobile GPU, which is more than plenty for us. 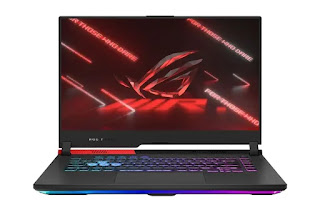 As to which laptop will be the first to showcase the 6800M, that honour goes to ASUS’ ROG Strix G15 “AAA” Edition gaming laptop. In addition to the 6800M, the laptop is also fitted with AMD’s Rzyen 9 5900HX CPU, both of which are also kept cooled through the use of Liquid Metal and vapour chamber technology.

Moving on, the RX 6700M serves as the halfway mark of the three mobile GPUs. Specs-wise, the mobile GPU has 10GB GDDR6 memory, 36 CUs and Ray Accelerators, an 80MB Infinity Cache, and a 2.3GHz game clock. Whereby the 6800M is designed to enable gamers to play their favourite triple-A title at 1440p resolution at their highest graphics settings, the 6700M unsurprisingly takes it down a notch. By allowing gamers to still game at 1440p, but at either the second or third highest graphics settings of each respective games. 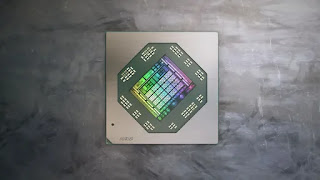 Last on the list is the entry-level RX 6600M. On paper, this mobile GPU ships out with 8GB GDDR6 memory, 28 CUs and Ray Accelerators, a 32MB Infinity Cache, and a game clock of 2.18GHz. Whereas the 6800M is designed to enable laptops to maintain high framerates at 1440p and with the graphics settings maxed out, the 6600M is targeted at the gamer that is perfectly content with gaming at Full HD resolution. While still maintaining max graphical settings for their favourite title.
The AMD Radeon RX 6800M and RX 6600M are available starting today. While the 6800M is available via the ASUS Strix G15 “AAA” Edition, the RX 6600M will first be available via the HP Omen 16. At the time of writing, there is still no word regarding the availability of the 6700M.
at June 01, 2021
Email ThisBlogThis!Share to TwitterShare to FacebookShare to Pinterest
Labels: 12GBDDR6, AMD, Features, GPU, Memory, Mobile, Official, RadeonRX6000M, Series, to, up