Google To Open Its First Ever Physical Retail Store 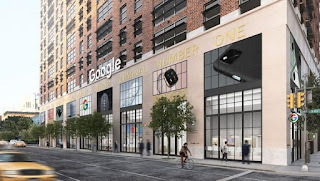 In the distant pre-Covid past, few events elicit as much as excitement as the opening of an official Apple retail store. Now, it looks like Google wants in on all that glamour too, announcing plans to open its first ever physical retail store in New York City.
As you’d expect, store visitors will be able to browse and buy Google’s products like Pixel phones, Nest smart home devices, Fitbit watches, and Pixelbooks. Customers can also shop using Google’s online store and then collect their orders from the physical store.

There’ll be staff on site to help people with things like product repairs, troubleshooting, and installation. Google will also hold how-to workshops throughout the year. None of this is surprising, of course. 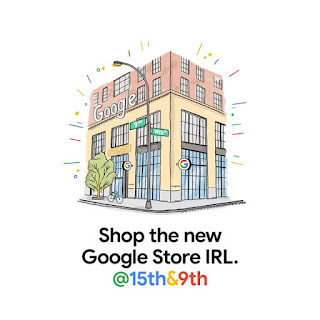 Still, the retail store will be a historic achievement. Google has flirted with physical retail space in the past, only to abandon the idea later. In 2013, the company constructed two gargantuan barges to serve as high-profile showrooms, CNET said. Then in 2018, Google was reported to have plans to open a retail store in Chicago, according to the news website.

None of these (alleged) plans ever came to fruition.

This Google Store, however, will be part of the company’s urban campus in New York’s Chelsea neighbourhood, which is home to many of its 11,000 employees in the city.

Opening the store in the midst of a global pandemic is a curious choice, though it may have been unavoidable. We’ll see if it can match the famously snaking lines of Apple stores.

at June 13, 2021
Email ThisBlogThis!Share to TwitterShare to FacebookShare to Pinterest
Labels: Ever, First, Google, its, Open, Physical, RetailStore, to